My reflections on anti-corruption campaign or what is dubbed “war” against economic crimes in the past two decades could make a monograph.

And that is independent of my will.

I have never been excited ruminating on how or how not to catch thieves and scammers.

The primary purpose of governance is security and welfare of citizens, not thieves’ head counts.

Fighting Corruption is not listed among the scores of Fundamental Objectives and Directive Principles of State Policy in the Chapter 11 of the 1999 constitution. But systemic Corruption has turned to be a spectre that hunts all Nigerians! Far from being exorcised, it devours all, inclusive its antagonists.

A reflection on the current probe of Mr Ibrahim Magu, the suspended acting Chairman of Economic and Financial Crimes Commission (EFCC), and twin-crisis of leadership and confidence in the Commission is another unpleasant distraction from other critical national success issues begging for some thoughts. I am not impressed with the familiar periodic tragic-comedies, or our new normal of abnormalities!

The ongoing diatribe between Minister- Senator Godswill Akpabio, the immediate past Managing Director of NDDC , Dr Yimebe Nunieh and incumbent Managing Director , Professor Kemebradikumo Pond over how N81billion was spent by the Commission in a record 6 months stretch our corruption scandals to the limit.

I share the observation of the former Minister for Finance, Ngozi Okonjo-Iweala, according to which there is “an inverse relationship between corruption and development”.

I also agree with Louis Fourie, the South African Economist that:“ …you won’t put your money in a company scoring an “average” in corruption. The same applies to investment in a country…any corruption is too much”.
Pray, what manner of war is it that the more you fight, the more corruption Virus gets audacious mutating into something deadlier, devouring its protagonists in quick successions?

The controversial study leave of Nuhu Ribadu, the pioneer Chairman of EFCC and eventual termination is now history. His uneventful exit in 2007 was after the EFCC charged the former governor James Ibori of Delta State to court on some 103 charges. Very interesting to note that the retrenchment of Nuhu Ribadu raised the noise level of corruption discourse than the corruption disclosures and number of convictions he commendably recorded.

Corruption fights back world wide but no where is corruption cheered with mob acclaim like in Nigeria. A decade after the attempted humiliation of Nuhu Ribadu, we are witnessing what is reading like “Magu’s Bermuda Triangle”. According to the terms of reference of the Presidential Investigation Committee on the EFCC headed by retired Justice Ayo Salami, Recovered Assets and Finances allegedly disappear into the triumvirate of EFCC custody, Bureau De Change operators, and the pockets of EFCC chieftains (in-that-order).

May be latest delegitimization of EFCC further underscores that there are no sacred cows as claimed by Garba Shehu, President’s spokesman. But that’s is the real issue! What war is it without its commanders in victory?

Corruption kills and buries Nigeria already well before Nigeria tries to kill it. Apparently, he “that has to do with what is foul, never comes away clean”. Magu’s travails show also that he “ that keeps company with the wolf, will learn to howl”.

The reports of National Bureau of Statistics (NBS) and Central Bank of Nigeria on employment, capacity utilization, inflation and external reserves resonate with me than the predictable annual perception Indexes of Transparency International (TI) or EFCC’s advertised looted funds. It would have been unthinkable that the national budgets of Nigeria in the 60s and 70s would feature looted fund as it was in 2001 and 2002 national budgets. The Attorney-General of the Federation and Minister of Justice, Abubakar Malami, proudly defended his labelling of the returned $311 million looted by a former military leader, Sani Abacha, as “Abacha assets” , sorry “national assets”.
National prosperity through looted funds must task the intellectual imagination of Adams Smith, the classical author of the Wealth of Nations!

The country’s diplomacy in recent times was even dominated by repatriation of looted funds and financial criminals from Europe and UAE. It is time to rethink this war against corruption.

We must come to the basic truth that it is the absence of development and development agenda that nurtures corruption while corruption in turn perpetuates vicious cycles of underdevelopment. In the immediate post-independent Nigeria corruption did not assume the dimension it is associated with today.

This was because development was on the national agenda. The first, second and third National development plans left little room for graft and theft.

Lets assign a terminal time line to corruption and return to development. It was good that we have identified corruption and put in place institutions such as Independent Corrupt Practices and other Related Offences Commission (ICPC) Economic and Financial Crime Commission (EFCC) to frontally combat the scourge of corruption. The anti-corruption efforts have promoted some anti-graft awareness and this is increasingly being promoted by government agencies as well as the private sector. Nonetheless we must think beyond corruption and anti-corruption paradigm that tends to legitimise corruption and move on to real Development that focuses on real development of the society and people.This then raises the question about Nigeria’s strategy to fight corruption . Why should EFCC be manned by officers from the police generally perceived to be a corrupt outpost?

And why assigning chairmanship to an Assistant commissioner of police where there are tested retired IGs, better trained with necessary capacity?

My friend, Nuhu Rubadu, (perhaps the most successful chairman of the Commission!) went to national Institute Kuru Jos for strategic studies as a mark of punishment.

He could have performed better if he went to NIPPS earlier. He literally arrested corruption-inferno with bare hands in place of better strategy. Is the war a national imperative or a passing fad to impress ever unimpressed “international community”?. Anytime Transparency International (TI) sneezes, we invariably catch some infectious cold. This in itself constitutes blatant corruption.

Why should corruption hit the headlines eliciting generous commentary once we are rudely awarded with an annual medal by a German-based non-governmental organization? We all know that in spite of official hypocrisy, policemen still do collective (sorry, collecting) bargaining at illegal checkpoints blocking free movement of ordinary folks such as market women and okada riders. The electorates are resigning to fate because they are confused as to why executive bills may not necessarily be different from the actual passed laws.

Contraband goods abound in spite of official prohibition. Arrested diverted oil vessels get missing, get offloaded and have their names altered under the supervision of some naval commanders. We also know that what is privately diverted cannot be available for schools and hospitals.

Are we more awakened to the reality of corruption through a perception index of a foreign NGO than the lived experiences with sundry corrupt practices? It’s time for an end of history of trial and errors in fighting corruption.

Toast to Julius Adelusi-Adeluyi at 80

Slicing the Fat from Our Pot Bellies (II)

Weep Not for the Niger Delta

Do You Think Nigeria Can Ever be Good Again?

Our Insecurity Mess Getting Messier 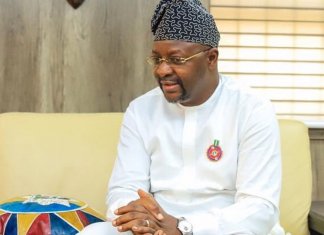 Can Buhari Bank Big on Sunday Dare for Economic Vitality?

editor - July 28, 2020 1:59 am
0
Hometruth by Adeola AkinremiPresident Muhammadu Buhari’s slow steps and poor vitality in governance continue to sow doubts about the commitment of his government to...

Beyond the NDDC Probe

Sports and the NDDC Question

The Truth About The Rise of Witchcraft in Africa

IN THE LAST WEEK 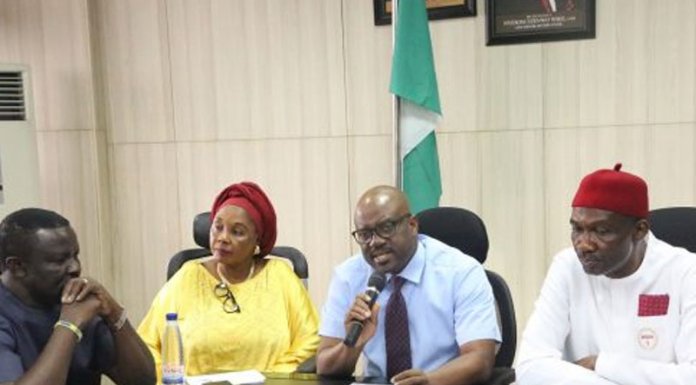 Tambuwal: I Taught Obaseki How to Demobilise Edo Godfathers

ABOUT US
Founded on January 22, 1995, THISDAY is published by THISDAY NEWSPAPERS LTD., 35 Creek Road Apapa, Lagos, Nigeria with offices in 36 states of Nigeria , the Federal Capital Territory and around the world. It is Nigeria's most authoritative news media available on all platforms for the political, business, professional and diplomatic elite and broader middle classes while serving as the meeting point of new ideas, culture and technology for the aspirationals and millennials. The newspaper is a public trust dedicated to the pursuit of truth and reason covering a range of issues from breaking news to politics, business, the markets, the arts, sports and community to the crossroads of people and society.
Contact us: hello@thisdaylive.com
FOLLOW US
© Copyright 2016 THISDAY NEWSPAPERS LTD.
春季赛积分和夏季赛积分 | 下一页